Making the most of a mobile phone camera 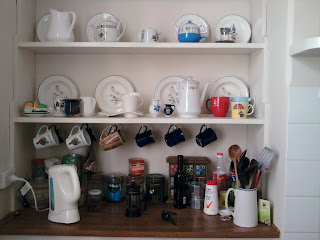 My first mobile phone had a VGA camera which took photos so small and grainy that it was hardly worth the effort. I very seldom used it. My current phone, though far from ‘smart’ has a 3 megapixel camera that offers at least the hope of being useful.

So today I’ve been doing a bit of research on how to make the most of it. While a phone camera without a flash is still rather limited in what it can do, it can do a surprisingly good job when given the chance. (The photos on this page are all taken without a flash.) I thought I’d share some of the most useful, less obvious, tips that I came across on various sites around the web.

1. Take lots of photos. Try out all the settings, take shots in all sorts of situations and study the result. It doesn’t matter if they’re totally useless or uninteresting and you delete most or all of them – when you do need to use your phone to take a shot you’ll be well prepared.  (I spent the morning taking photos all around the house and garden. None of them are exhibition winners, but I now feel much more familiar with the settings and the strengths and weakness of my phone camera.)

2. Set the photo resolution and/or quality to the highest possible value. If you don’t have much storage space for the resulting large files on your phone, this could be a problem. But most phones these days take a memory card, and you can save photos to the card rather than to the phone itself. 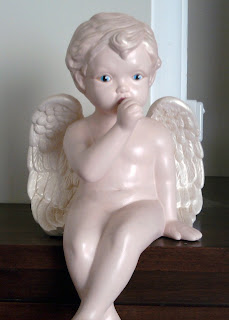 3. If your settings give you the option of delaying the shutter mechanism for a second or two after you press the button, make use of it. Pressing the button tends to rock the camera, no matter how steady your hand is, but a one to two second delay allows you time to restabilise it and take a clearer picture. (As someone with shaky hands and a drawer full of slightly out of focus pictures, I really noticed the benefit of this tip. My camera allows me to delay 2, 5 or 10 seconds.The longer times are meant for self-timed shots, but the 2 second delay is perfect for steadying the camera, at least for pictures of stationary objects and people.) Footnote: Apparently iphone cameras take the shot as you take your finger off the button/screen, so this probably doesn’t apply to them.

4. Allow the camera time to complete the shot before you move. Most phone-cameras have a significant delay between the ‘click’ of the button and when the the shot is actually processed. If you move while it’s working, the result will be blurred. For the same reason, if you’re trying to catch a moving object, you may need to ‘click’ before it comes into view because of the shutter lag time.

To see what’s possible with a phone camera and learn more tips, have a look at this National Geographic site.
Posted by Stella Budrikis at 10:01 pm