Encyclopaedias by the metre and the megabyte 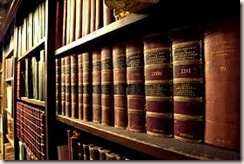 When I was younger, we didn’t have door-to-door sales people trying to sell us mobile phone plans and restaurant voucher books. What we did encounter on a fairly regular basis was the encyclopaedia salesman. After complementing parents on the behaviour of their children and noting with approval the number of books in the house, the sales person would bring out sample volumes and start explaining why it was essential that they, the parents of such gifted children, should spend thousands of dollars buying the complete set, along with special children’s sets and annual update volumes.

I remember one such salesman trying to sell my husband and me a set of encyclopaedias soon after we were married. We were living in rented accommodation in the north west and didn’t even have any children at that stage. We didn’t buy the set, not because we weren’t impressed, but because we realised that even with the annual supplements, they’d be well and truly out of date by the time we had any children old enough to read them. And we didn’t have any bookshelves.

Later my parents gave us a second-hand set of the New Caxton Encyclopaedia, beautifully bound in a vivid red vinyl with gold lettering. It was similar to a set we’d had at home when I was a child. They took up nearly a metre of shelf space.

Until the Internet came along (yes, there was a time before the Internet existed) I would occasionally use them to look up facts. They could be quite useful for historical information. Sometimes I would sit and thumb through them just for entertainment, fascinated by the strange juxtaposition of topics that an alphabetical ordering produced. That set is now being used as a make-shift coffee table by one of my daughters.

What brought all this to mind was discovering that anyone with a Western Australian public library membership can log in to the Encyclopaedia Britannica Library edition on the State Library web site. According to the log in page “There are more than 150,000 articles, links to over 20,000 Internet sites reviewed by Britannica editors, as well as over 750 full text journals and magazines.” You could access the whole encyclopedia and its cloud of links for free from your smart phone. No wonder sales people are no longer lugging brief cases full of books around with them.
Posted by Stella Budrikis at 12:08 pm