Warsaw, the Philippines and mowing the lawn

One of the first moves of the recently elected Australian government was to announce the abolition of AusAid, in line with its election promise to cut $4.5 billion from overseas aid.

It is now pushing ahead with plans to scrap the carbon tax, which it says will save Australian households hundreds of dollars a year. In fact, work on these plans are considered so important that neither the minister for the Environment nor the Foreign minister will be attending the United Nations Framework Convention on Climate Change in Warsaw. 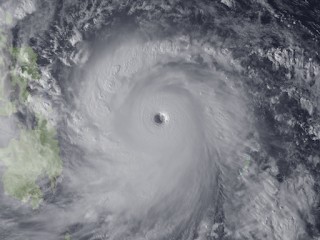 Meanwhile a Filipino delegate to the conference, Yeb Sano, has wept as he pleaded for governments to take action against climate change. He had good reason to weep - typhoon Haiyan (Yolande) devastated his home town and he was waiting to hear news of missing family members. Images of the destruction are overwhelming even to those who have no direct connection with the Philippines.

The irony is that while the Australian government's decisions on aid and climate change are supposedly going to save households a few hundred dollars a year, Australians are once again donating all that they can to help those affected by the typhoon and other 'natural' disasters. The Australian government itself is providing millions of dollars in emergency aid to the Philippines.

But even if our actions have no effect on climate, it remains true that the sort of changes that delegates like Yeb Sano are calling for would benefit the poorest people of this world, who suffer disproportionately from natural disasters. Creating a world in which the rich consume less, pollute less and share more is a matter of justice, not just good sense.

It's easy to feel frustrated and helpless when reading about the Australian government's apparent blindness to anything but out-dated and insular financial arguments. Events like typhoon Haiyan can add to our sense of impotence. Yet if enough Australians were each to take their own personal action to reduce their "carbon footprint" and consume less, we could do far more than any amount of legislation will ever achieve. We don't have to wait for governments to act.

If, for instance, I choose to walk to the shops, or use a hand-mower for my lawn, it's irrelevant whether there's a tax on petrol or not. Raising the price of carbon through taxes or other means certainly gives people an incentive to use less, but human beings are capable of choosing to do things for reasons other than economics.

With that thought in mind, I have decided to use my Tuesday Tips page to share ways that we can make a difference. If you have any suggestions, or thoughts on this post, please leave a comment.

Posted by Stella Budrikis at 3:55 pm